Sandra L. Gibson oversees all MdFF activities including the Maryland Film Festival and the Stavros Niarchos Foundation Parkway. Sandra is the former President and CEO of the Association of Performing Arts Professionals and founding board member and Chief Operating Officer of Americans for the Arts. She has worked as a consultant since 2011 with clients including the Smithsonian Institution and Baltimore’s Reginald F. Lewis Museum of African American History and Culture, and the foundation planning a National China Garden at the U.S. National Arboretum. Gibson’s experience in arts and cultural programming began with her tenure at the American Film Institute (AFI), where she held a number of positions including three years as Director of Independent Filmmaker Program and Distribution Programs and more than five years as Director of West Coast Campus Operations and Personnel.

Sandra L. Gibson’s arts and culture training, teaching and practice over three decades have given her a unique understanding of partnership, creativity and collaboration. Gibson’s professional experience began with her role as program representative for UCLA Extension’s Department of the Arts, where she developed and managed 180-200 nationally recognized programs annually. Gibson later became Director, West Coast Operations at American Film Institute, where she also served Director, NEA’s Independent Filmmaker Program and Director, Center for Advanced Film and Television Studies. Gibson’s work as the executive director of the Long Beach Regional Arts Council in California developed her gifts for working with diverse cultural communities, individual artists and patrons of arts and culture. Gibson directed the city’s first Cultural Masterplan and launched the first Smithsonian Institution Program Affiliation in the US with the City of Long Beach. In 1995 Gibson served on the steering committee that formed Americans for the Arts and as a founding board member, and was recruited for the position of executive vice president and COO at the organization in 1998.
In 2000, she was appointed the fourth president and CEO of the Association of Performing Arts Presenters, the leading service and advocacy organization for the presenting industry worldwide. Gibson realized the need for a more comprehensive assessment of the performing arts in the context of a rapidly changing world and partnered with the Doris Duke Charitable Foundation to sponsor the first nationwide survey of the performing arts presenting field. Gibson engaged the association in new technologies and expanded its reach globally and across industry sectors, including partnerships with the leadership of Consejo Nacional de la Cultura y las Artes in Mexico; the French Embassy Cultural Services Division; the Netherlands Consulate and the Cultural Ministry of Colombia, among others. Gibson served as a Commissioner on the Culture Committee of the U.S. National Commission for UNESCO from 2005-2009 and testified with cellist Yo-Yo Ma about the challenges with nonimmigrant visa processing before the House of Representatives Government Reform Committee in 2005. Gibson served on NEA’s Music Creativity panel in July 2002, the Regional Partnership Agreements panel in February 2006, the State Partnerships Agreements panel in January 2009, and State Partnerships Stimulus funding panel in March 2009. In 2004 Gibson launched the Creative Campus Initiative with a landmark meeting of the American Assembly at Columbia University, and in 2007 established the Creative Campus Innovations Grant Program to support exemplary cross-campus, interdisciplinary projects that integrate the arts into the academy. Gibson also led the development of an eco-leadership forum that advances the goals and action agenda of Culture|Futures, an international collaboration of organizations and individuals in the nonprofit, for-profit, philanthropic, economic development, political and policy arenas who are shaping and delivering proactive support for the transition towards an Ecological Age by 2050.
Gibson became an independent consultant in July 2011 and in 2012 formed Sandra L. Gibson and Associates, LLC, a consulting practice dedicated to advancing the arts, culture and education globally. Gibson serves as Executive Director of the Maryland Film Festival/Stavros Niarchos Foundation Parkway Theatre in Baltimore, Maryland, as a Consulting Advisor to the DeVos Institute for Arts Leadership founded by Michael Kaiser at the University of Maryland, and as a Consulting Advisor to The Canales Project founded by opera singer Carla Dirlikov. From 2012-2018 Gibson served as the first executive director of the National China Garden Foundation in Washington, DC, overseeing the development, fundraising and construction design for a priority U.S.-China government initiative to establish the National China Garden, a 12-acre classical Chinese garden center in the historic U.S. National Arboretum. She has served as a consultant to the Reginald F. Lewis Museum of African American History and Culture, Northwoods Nijii Enterprise Corporation, Theatre Forward, and as an advisor to the Smithsonian Center for Folklife and Cultural Heritage, as a consultant to the Smithsonian Office of the Assistant Secretary for Education and Access, and the National Museum of American History, as well as a Senior Artistic Advisor to the China International Performing Arts Fair, Guangzhou, China. Currently Gibson serves as President and Chair, Friends of the British Council, Board Member and Chair of the Artistic Committee of the Sphinx Organization, and as Vice Chair of the National Advisory board for Smithsonian Folkways Recordings. An ethnomusicologist and musician with a Master’s Degree in Music from Northwestern University, Gibson believes the arts are critical to personal, community and national well being, essential to an advanced democracy and vital to global cultural exchanges. She has worked tirelessly to raise dynamic conversations about the intrinsic value and impact of art and art making, their contributions to a high-quality education, to economic livelihood and to a historic legacy woven intricately into the very fabric of life.
The Truth In This Art
The Truth In This Art is a podcast interview series supporting vibrancy and development of Baltimore & beyond's arts and culture.

Mentioned in this episode
SNF Parkway
Photography by Mike Morgan 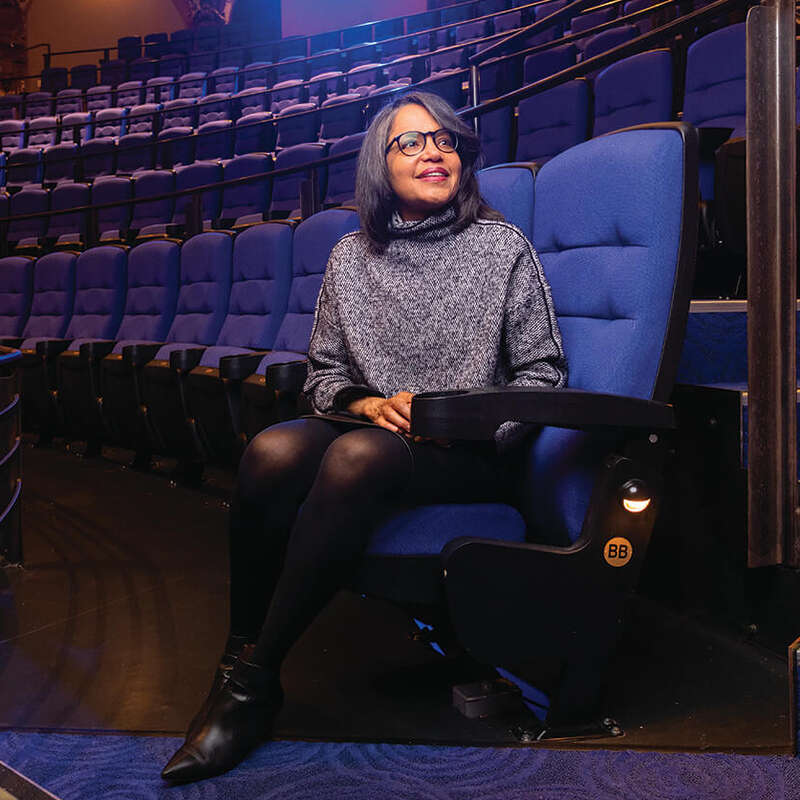